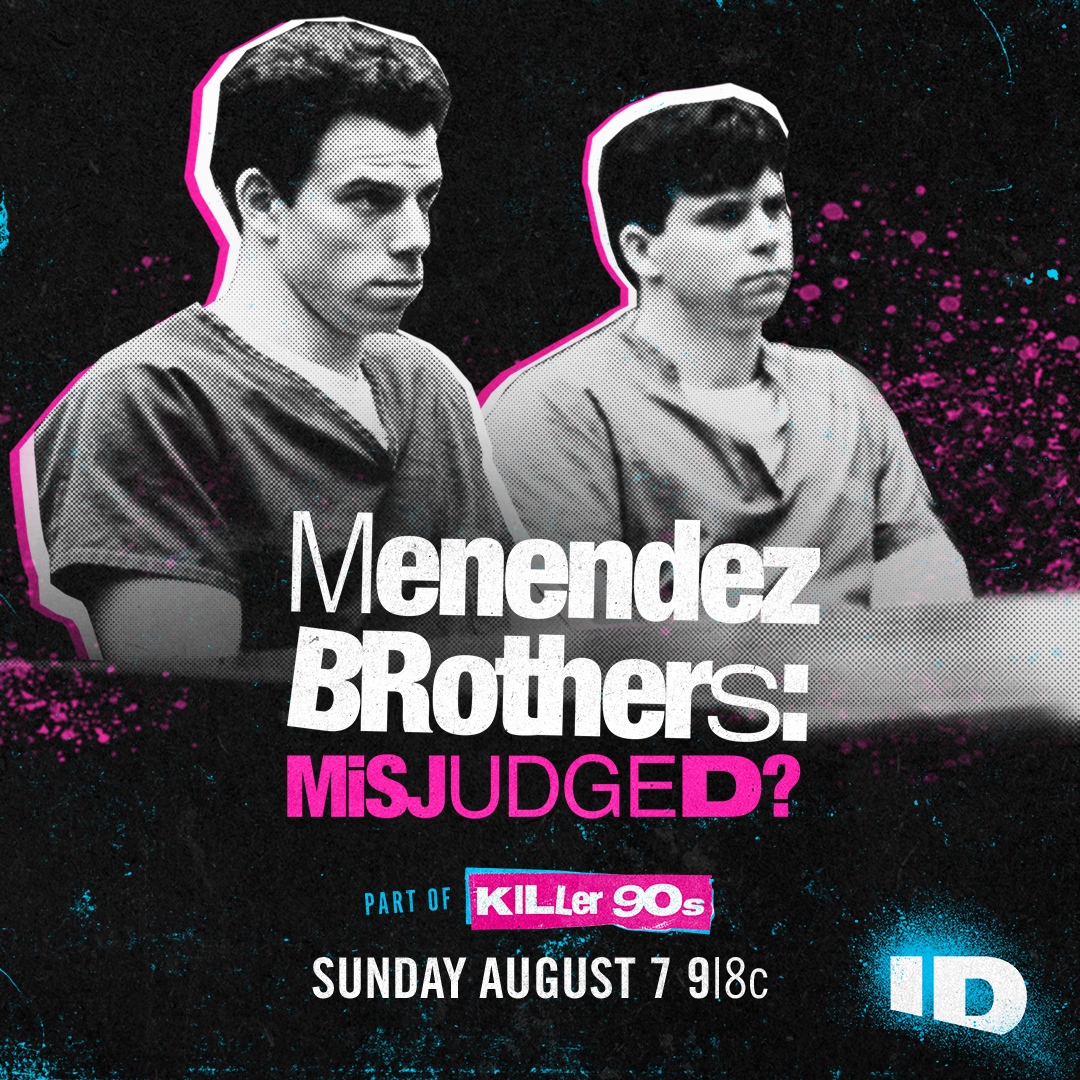 This August, ID will transport viewers back to the 1990s and the trial that gripped news stations across the country: Erik and Lyle Menendez’s brutal double murder of their parents. What seemingly began as a case of two privileged boys who were motivated to murder by greed quickly developed into something much more shocking: the Menendez brothers testified to a lifetime of sexual, physical and emotional abuse at the hands of the parents they killed. While the brothers continue to serve their life sentences behind bars, their case has transfixed a new generation of savvy media consumers, who harnessed the story on TikTok. MENENDEZ BROTHERS: MISJUDGED? revisits the case that still, decades later, baffles and captivates the public, offering an exclusive interview with Lyle Menendez and a fascinating look at the evidence, trial, the media and the public’s reaction both then and now. The two-hour documentary special will premiere August 7 at 9/8c on ID and streaming the same day on discovery+. The premiere of MENENDEZ BROTHERS: MISJUDGED? will kick off ID’s month-long nostalgic dive into some of the most shocking cases of the 1990s, with specials airing every Sunday in August at 9/8c on ID.

While the Menendez Brothers case never truly left the public consciousness, over the past year their 1990 trial has captivated TikTok, with posts about the brothers garnering close to one billion views. As popular culture begins to reflect on how the previous generations may have treated public figures and sensitive topics like sexual abuse and trauma, the Menendez brothers’ trial and evisceration by the media – and the public – is coming back into focus.

With the incredible reach of social media platforms, Gen Z influencers are uncovering new evidence and pushing for a second-look at the trial and how the brothers were sentenced. Featuring new insight around the case combined with gripping interviews with the Menendez brothers’ post-conviction attorney, media, legal experts, investigators and the TikTokers who brought the case back into the spotlight, MENENDEZ BROTHERS: MISJUDGED? presents a comprehensive look at a crime that still perplexes and divides the public.

“The TikTok fascination with the Menendez Brothers is not only a fascinating example of how certain cases never really leave our public consciousness, but also an interesting look at the way different generations grapple with conversations around abuse, masculinity, and violence,” said Jason Sarlanis, President of Crime and Investigative Content, Linear and Streaming. “At a time when popular culture is having fresh conversations around how we as a public approach difficult topics, MENENDEZ BROTHERS: MISJUDGED? reconsiders this trial and the way it played out in the media. Only on ID will you hear from Lyle Menendez himself, and maybe see a different perspective that was missed in the original news coverage. This thought-provoking film is a powerful way to kick off our nostalgic month-long look back at the cases of the 1990s that shocked us then and still impact our culture today.”

MENENDEZ BROTHERS: MISJUDGED? Is produced for ID by Lion Television US.

ID’s line up of gripping nostalgic, nineties focused specials will also include a three-part investigation into the death of two hip hop icons in WHO KILLED BIGGIE AND TUPAC?, a look at the controversial trial of British au-pair Louise Woodward in THE KILLER NANNY, and MARY KAY LETOURNEAU: NOTES ON A SCANDAL, a portrait of the illicit student-teacher relationship that gripped news stations across the country. More details to come.