• iCrime With Elizabeth Vargas’ To Launch In Over 95% Of U.S. 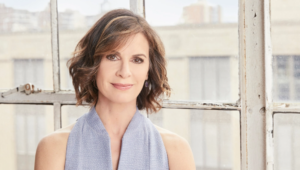 Scott Sternberg Productions and Trifecta Entertainment & Media today announced the launch of the new nationally syndicated true crime show, iCrime with Elizabeth Vargas, which will premiere Sept. 12 in over 95% of the U.S. Hosted by best-selling author and Peabody- and Emmy-winning journalist Elizabeth Vargas (20/20, America’s Most Wanted, A+E Investigates), this 30-minute reality series will “take a modern look at crime, through the lens(es) of the public’s smartphones.” The show will feature clips of actual crimes captured on smartphone video by witnesses, as well as interviews between Vargas and victims, bystanders, law enforcement and the amateur photographers themselves — as a panel of crime experts weigh in.  The show will air Monday-Friday.

Vargas said: “Cell phone videos have completely changed the social landscape. Anyone, anywhere, with a cell phone can record crimes as they happen, and those videos can have a huge impact. iCrime will cull the most powerful of these videos, while providing important insight on the law and how to keep safe.”

Co-creator and Executive Producer Scott Sternberg, a true crime veteran, said: “The emergent widespread use of smartphones to immediately record everything as it happens gave us the idea to produce iCrime. Video from anywhere and everywhere of real situations shot by all of us is a natural way to give viewers a daily dive into the unbelievable realism of crime videos. And having a host like Elizabeth Vargas brings iCrime to another level.”

Hank Cohen, co-creator, executive producer and CEO of distributor Trifecta, said: “We’re so gratified that stations have responded to this show in such a big way. This new form of Everyman recordings has become an important new social media tool in helping law enforcement gain truth in crimes committed across the country. And to be producing alongside renowned crime journalist Elizabeth Vargas and veteran crime producer Scott Sternberg just checks all the boxes.”

Hank Cohen, Scott Sternberg, and host Elizabeth Vargas all serve as executive producers on the series, which recently started production.

iCrime with Elizabeth Vargas has been supported by top broadcast station groups with many scheduling the series in news adjacent time periods. Nexstar’s WPIX New York, for example, will air an hour block of the show as a lead-in to its afternoon news, with numerous other Nexstar stations similarly on board. Also highlighting the show’s launch will be the more than 60 stations from the Sinclair Broadcast Group that have scheduled iCrime with Elizabeth Vargas on their fall lineups. Other key station groups include Gray Media, Scripps Media, Cox Media, Tegna, CBS Television Stations, Fox Television Stations and Weigel Broadcasting.