FOOD NETWOR – Bobby Flay Is Looking For The Best-Of-The-Best To Compete Against His Culinary Titans In New Food Network Series Bobby’s Triple Threat.  Email us for more details at info@televisionadgroup.com 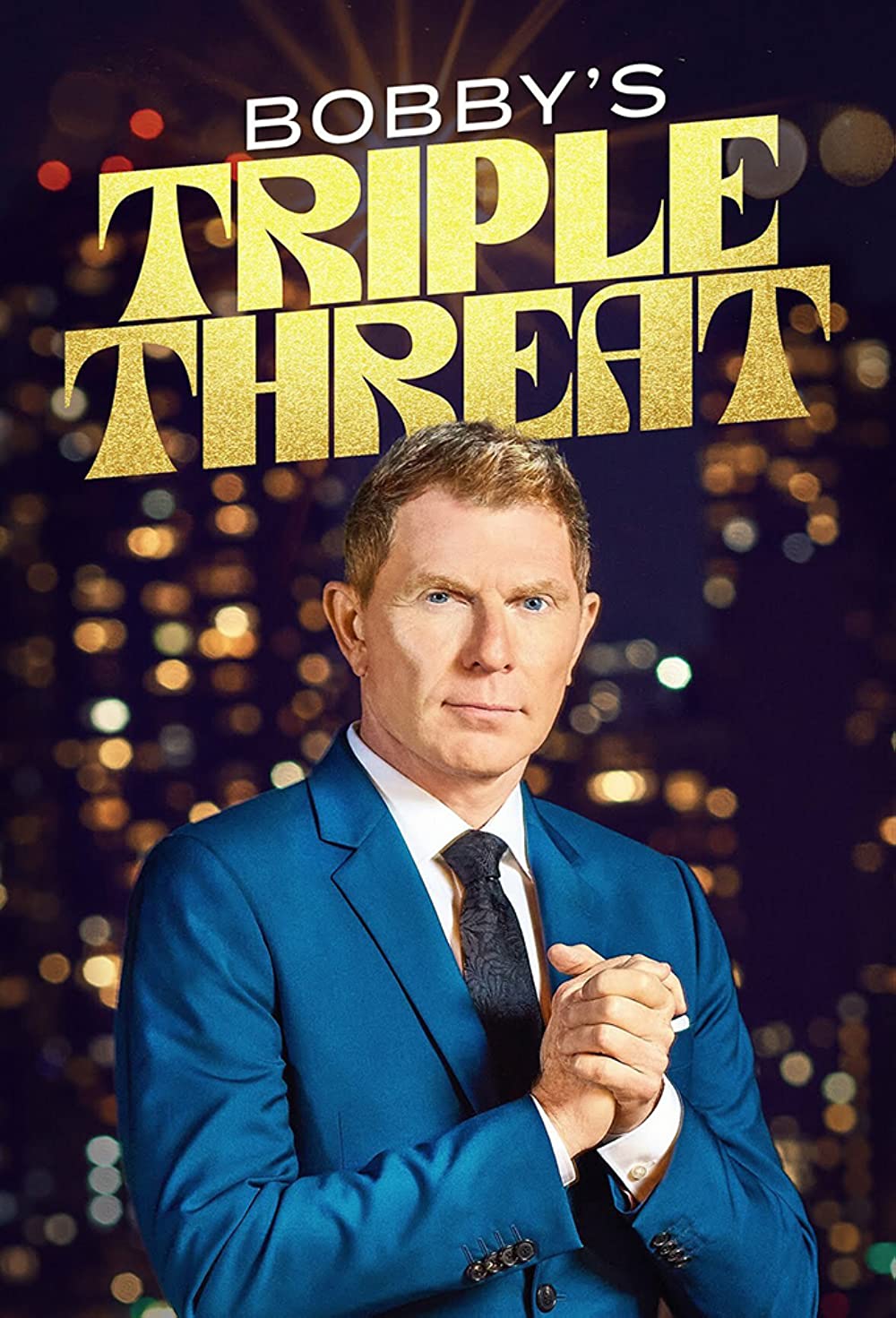 NEW YORK – August 18, 2022 – Food Network icon Bobby Flay is one of the best chefs on the planet and a master in the culinary arena, having spent his life competing at the highest level of cuisine. Now, Bobby has created the toughest culinary competition yet on the new six-episode primetime series Bobby’s Triple Threat, premiering Tuesday, September 27th at 9pm ET/PT. In each one-hour episode, one extraordinarily talented and eager chef is challenged to go against the trio of culinary titans handpicked by Bobby himself for a chance to take home $25,000. The stakes couldn’t be higher, as Bobby celebrates and tests the most talented chefs in America. This is Bobby’s game and Bobby’s chefs, and there’s only one rule: it’s all or nothing. Fans can also watch Bobby’s Triple Threat on discovery+, with new episodes available to stream weekly starting September 27th.

At the start of each episode, one competitor enters Bobby’s secret kitchen armed with their expertise and drive to take on the culinary titans selected by Bobby – Tiffany Derry, Michael Voltaggio and Brooke Williamson – in three head-to-head rounds. In the first two rounds, Bobby picks the main ingredients that the chefs must emphasize in their dishes, as the competitor selects which titan to face off with. The last round features the competitor picking the ingredients to incorporate, while going against the last remaining titan. All the while, one discerning guest judge blind taste tests the dishes at the end of every round. If the competitor can out-cook the titans and earn more points with their cumulative score, they take home bragging rights over the titans, earning the cash prize.

Added Flay, “I have spent my entire career opening restaurants and battling in the toughest culinary competitions, but on Triple Threat I have the chance to call all the shots, inviting the most talented chefs into my secret kitchen to take on my titans. You want to be the best; you must get through my triple threat.”

“Bobby Flay has done it again, bringing his creativity and magnetism to celebrate the most talented chefs on the planet. Viewers will witness next level culinary skills while leaning in to see if Bobby’s titans can prevent the competitors from walking away with the grand prize,” said Jane Latman, President, Home & Food Content and Streaming, Warner Bros. Discovery.