Bellator MMA is a leading mixed martial arts and kickboxing organization featuring many of the best fighters in the world. Under the direction of veteran fight promoter Scott Coker, Bellator is available to nearly 1 billion people worldwide in over 160 countries. In the United States, Bellator can be seen on Paramount Network (formerly Spike), the combat sports television leader. 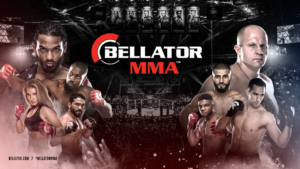 Bellator MMA features a younger, more diverse and upscale audience compare to UFC. Digital consumption is up 23% versus 2017, with 188 million video views, and 3.5 million followers on social media. Bellator MMA also attracts 5% more female viewers than UFC. This is a great opportunity to advertise to a diverse audience of fight fans nationwide. Call us today for advertising details at 212-844-9057!