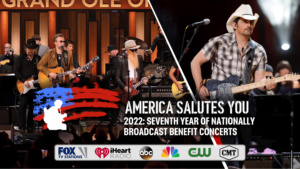 On April 2nd, 2022, America Salutes You, now in its 7th year of producing nationally broadcast benefit concerts raising funds and awareness for our nation’s veterans, first responders, and their families, will host “Superbands” a live concert from the USS Iowa in Long Beach. Military personnel, veterans and their families will be among our honored guests and the US Dept of Veterans Affairs will promote their brain and mental wellness public service messaging. 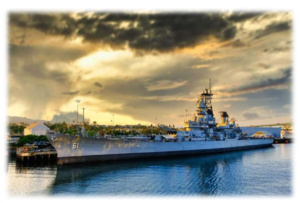 The concert will feature top talent from the 50’s, 60’s, ’70’s, ’80’s, ’90’s, and 2000’s such as invited artists, Robbie Krieger of The Doors, Ringo Star of The Beatles, Billy Gibbons of ZZ Top, Sammy Hagar of Van Halen, Dave Grohl of The Foo Fighters, Dion, and many more playing with an All Star Band and hosted by Paul Shaffer before a live audience.

MOBILIZING SUPPORT THROUGH MUSIC FOR THOSE WHO SERVE

The mission of America Salutes You is to honor and raise awareness of our veterans, service members, first responders and their loved ones. Now in our seventh year, America Salutes You has awarded over a combined $600,000 in directly donated public funds and broadcast commercial time value to more than 20 charities.

MOTIVATED BY OUR HEROES

We owe them a huge debt and they have many needs upon their return including healthcare, mental wellness, housing, education and finding a career to support their families. 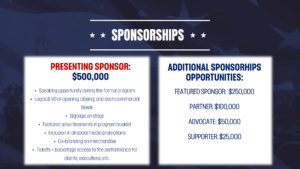 LIVE FROM THE GRAND OLE OPRY

In May 2021, America Salutes You hosted its 5th annual concert series with a special, star-studded, tribute to Billy Gibbons of ZZ Top live at the Grand Ole Opry in Nashville, TN. The sold-out show was filmed in front of live audience including Veterans, Active Military, First Responders, and their families. The produced 60 & 90 minute broadcasts aired across FOX Owned and Operated tv stations. 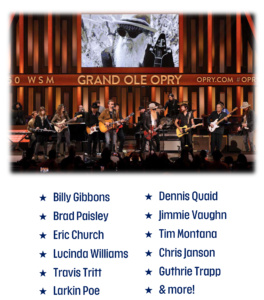 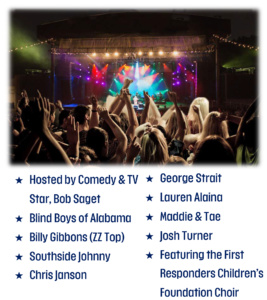 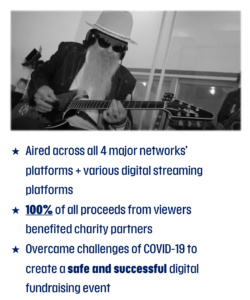 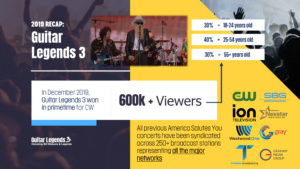