ALL-NEW SEASON OF “GOLD RUSH: DAVE TURIN’S LOST MINE” PREMIERES ON DISCOVERY CHANNEL AND DISCOVERY+ FRIDAY, MAY 20 AT 9PM ET/PT  Call Us today for Advertising Information at 212-844-9027!

In the season premiere of GOLD RUSH: DAVE TURIN’S LOST MINE, audiences learn that after failing in six states during the off-season, the mining season has begun, and Team Turin still has no ground to mine. With the clock ticking, Dave and team assemble in Idaho to prospect two claims in that state. Dave and geologist Aryn Rowe travel to the remote Warren Meadows mining claim while the rest of the team drives the new mobile wash plant “The Beetle” to a claim at Mores Creek in the Boise Basin. After more disappointments, Team Turin rallies and decides to gamble on the unknown as they head to Big Sky Country, the state of Montana.

Last season, restrictions during COVID-19 made travel impossible. However, after tireless work, Dave and his team found success and a record one-million-dollar season. The stakes are higher than ever before as Dave and team enter this new gold mining season with many obstacles to overcome as a record Happy to remove. of prospectors are grabbing claims at a record pace in a new recession-driven gold rush. Can Team Turin overcome health issues and face the wrath of mother nature, including floods, avalanches, and dangerous wildlife to hit the mother lode and break their previous gold records?

In addition to watching GOLD RUSH: DAVE TURIN’S LOST MINE on Discovery and discovery+, viewers can join the conversation on social media by using the hashtag #GoldRush and following Gold Rush on Facebook, Twitter and Instagram. 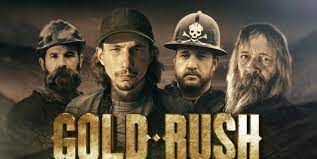